The most ancient festival of Lake Como

The last weekend of June (around 24 June) is held one of the most anticipated events of the summer lariana: “La sagra di San Giovanni Battista” with its festival in the village of Ossuccio and the Fires of the island Comacina. An excellent example of how ancient rituals, long-standing legends and history based on actual events come together to create solid traditions, this day on Lake Como has followed its evolution over the past five hundred years. Up to 30’000 people come each year to watch the fireworks and stalls with food products and gastronomy are assembled in Ossuccio and Sala Comacina both for local residents and for visitors who can eat, drink and be merry. The representation lasts almost an hour, with music, the story that tells the devastating battle on the island in the 1169 year and the fireworks that echo in the mountains that surround the lake.

The Gospel according to Luke given the birth of John the Baptist exactly six months before that of Jesus – 24 th June – and the church commemorates the day of John’s birth rather than the day of his death. On this day the feast of Saint John is celebrated all over the world.

For centuries, the island has been under attack for its extraordinary strategic position – the Gauls and Romans built fortifications there, the European powers held it up until the 12th century when Federico Barbarossa and the Holy Roman Empire rallied on Como’s side against the Island Comacina and its Milanese allies and completed the conflict and their revenge making land burnt in 1169.

Why a religious procession?

Island Comacina was not only a strategic military point. Even the Catholic church gave the island its pre-eminence. The Bishop of Como Sant’Abbondio built a church with a primitive structure around 450 AD.; in the seventh century, Bishop Agrippino enlarged the church and chose it as a place for his eternal rest; Bishop Litigerio oversaw the construction of a Romanesque basilica in the same spot and made it the canonical college of the region. The relics of the martyrs, which had originally been brought to the island by Sant’Abbondio seven hundred years earlier, were rescued on the night of 1169 when some brave islanders managed to escape, embarking before the fire.

Why the shells of snails? I

n the past, the dish that most people ate for the feast of San Giovanni was polenta with snails. The ingenious locals filled the shells with oil or lamp wax and used them as candles to create a magical atmosphere. And let’s not forget that eating snails is another legacy of the solstice festival of pagan origin, when eating these “horned” creatures was a symbolic act that was believed to be conducive to overcoming adversity.

Where to watch the fireworks?

The best place to watch the fireworks show (as long as your hearing is not too sensitive) is a boat. Your captain will prefer to place himself in advance in the best position from which to admire them, so do not forget to bring some snacks and drinks to make the wait more pleasant. If you prefer to participate immersed in the life of the party at Ossuccio, we recommend that you do not go by car. A part of the road that runs along the lake is closed and parking is clearly scarce. It is therefore advisable to take the public service ferry that will take you to the heart of the party, or for an even better alternative, book a ticket to get on a boat that the ferry company makes available for the festival and in this you can enjoy an exquisite dinner accompanied by a dancing evening while you can admire the fireworks on the water. 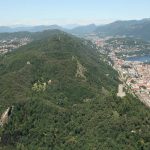 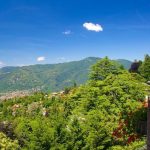 The Funicular of Brunate